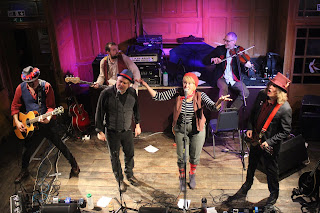 It's the first visit to Wales for the Merry Hell band and an evening at the Chapel is a perfect place to introduce this excellent band to the Welsh public.
I also appreciate the fact that hey have chosen to give local-ish artist Bryony Sier the opportunity to play a support slot. I wish more artists would do this if they have the opportunity so Well Done to Merry Hell for giving up and coming local artists the chance to shine. 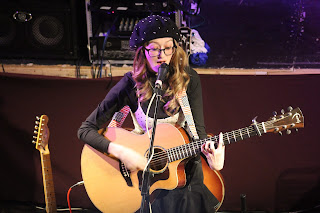 With just a guitar and a distinctive voice for company, Bryony enchanted the Acapela audience with a selection of self-penned songs. From reflective to upbeat, Bryony gives us her views on the life of a modern young woman in today's world. With both Fragility & Feistiness, she proves both engaging and insightful and by the activity on the Merch Stand, she won a good few friends with her performance. 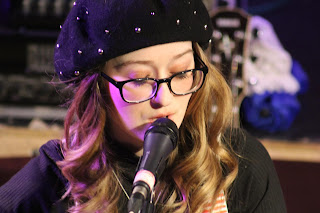 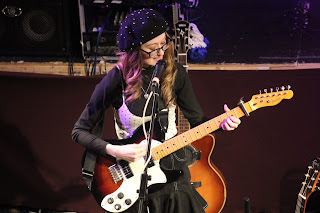 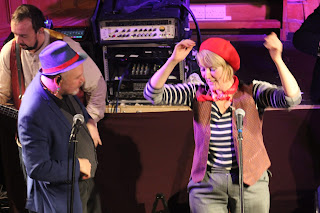 It was my first time to see Merry Hell live. I had done my research and had been listening to their available albums on Spotify - (I always try and leave my cd & vinyl buying for 'on the night' if possible) but this didn't really prepare me for the rumbustious night ahead. They are one of those bands that are great on record but really come into their own LIVE. And tonight, they pulled out all of the stops.

The band are based around the Kettle Brothers - Andrew on Vocals, John on Guitar and Bob on Guitar, Mandolin with Bob's wife Virginia on Vocals, Nick Davies on Bass and Neil McCartney on Violin.  Having a night off tonight are Andy Jones on Drums and Lee Goulding on Keyboards.


The Award winning band are on top form tonight as they treat the audience to a night of Anthems & Insights and they give us their take on the world and judging by the response they got on the night, I think most of the audience has a similar vision and certainly shared experiences. 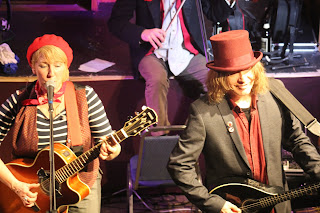 The band kick off tonight's set with Loving The Skin You're In. Straight from the off the crowd are clapping and singing along as the six-piece bring the energy.

Loving The Skin You're In

Now five albums and a dvd documentary into their career, the band have acquired a decent canon of songs to choose from and over a strong 2 hour set we are treated to many of the band's finest songs, both uptempo and more reflective. 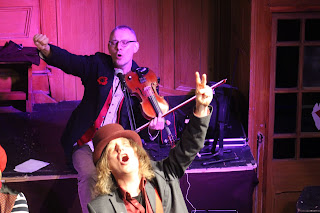 As with most of our finest Folk bands and artists at the moment, they band produce songs based on the experiences of living in the world today. Especially here in the UK where we continue to live in tumultuous and ever changing times. And with songs such as We Need Each Other Now, the band's northern sensibility strike a chord with the Welsh audience. With similar experiences and outlooks the band strike a chord tonight.

We Need Each Other Now 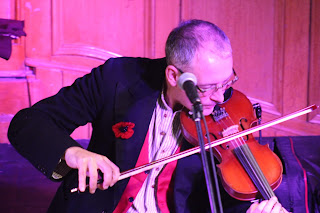 Choosing songs from all of their available albums tonight, the band show a wit and a humour which goes down a storm tonight as the audience continue to join in choruses with abandon. 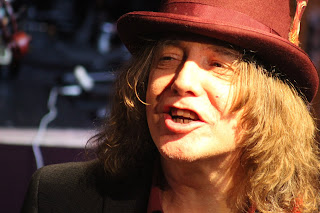 There's A Ghost In Our House
As the band continue to reveal their superb show, they bring to mind one of my favourite bands - The Oysterband - with their passion, social commentary and humour, they are definitely hewn from the same granite rock of contemporary Folk sensibilities. 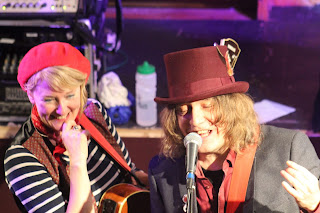 It's always a treat when you see a band drop their instruments and especially tonight when the Acapela lives up to it's name and the band give us a moving performance of their song Coming Home Song. 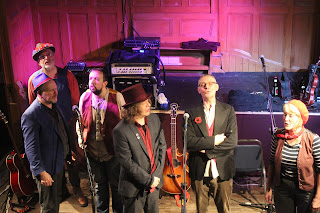 Virginia is also an accomplished singer/songwriter in her own right and the band leave the stage to leave her alone to sing a solo song, Violet, which brought the Chapel down. 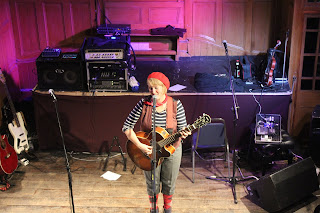 The band then take to the stage for the downhill ride to the end of the show starting with Drunken Serenade and Finest Hour. 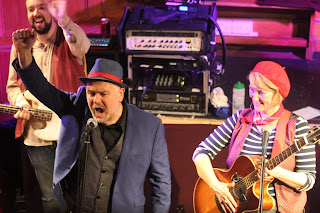 We're then treated to more excellent songs such as The Crooked Man, the plaintive Emerald Green and an especially uplifting version of Summer Is A Comin'. 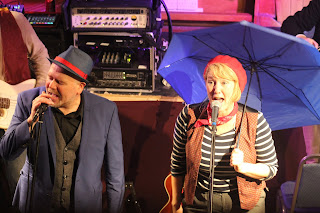 Summer Is A Comin' 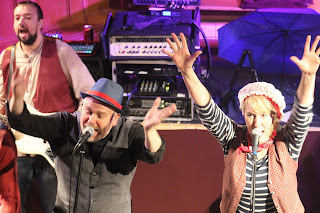 With the audience now up on their seats and singing along in a big way we get a new song, Don't Want To Be Cool before Fear Of Falling and the fabulous The Baker's Daughter. This brings the show to a frenetic end and to rapturous applause from the Acapela audience.

But there's always room for an encore and the band finish with the singalong One More Day.

Talking to the audience during the interval and after the show it was apparent that like me, this was the first time that many of them had seen the band live. And I for one KNOW that it won't be the last. If they come back to Wales, I'll be there like a shot, 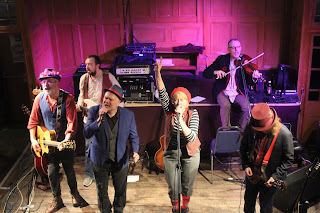 Email ThisBlogThis!Share to TwitterShare to FacebookShare to Pinterest
Labels: Live in 2020