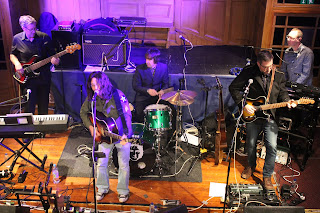 If you are the biggest band of all time, you're always going to generate some attention. The Beatles were probably the first band ever to have a serious 'Tribute' industry grow up around them. But then again, how many artists of any genre of the Arts have, within 10 years, changed the world, forever? What John, Paul, George & Ringo achieved in their 10 years together will probably never be repeated. To have 3 astonishing songwriters within one band will probably never happen again. The world is too ego-centric these days. So it was inevitable that The Beatles would kick start the 'Tribute' industry properly. There seem to be 100s of Beatles tribute artists around. Some exceptionally good, some exceptionally bad.
But it's somewhat rarer to see a Tribute dedicated to the individual members. So, it was with some enthusiasm that I booked tickets to see Gaz Keenan bring his John Lennon Tribute Show to my favourite venue, Acapela Studios. 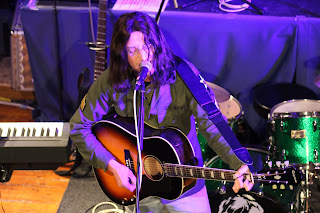 Armed with just an acoustic guitar, Gaz came to the mic alone and launched the gig with a splendid version of Working Class Hero.
I'll lay my stall out straight away here. I like a decent tribute act. As long as they don't try and imitate the artists concerned. I'm more about hearing these great songs being played live once again. I don't want an imitator. And to his credit, despite the fact that he dresses in the Lennon guise, it is a SHOW after all, Gaz uses his own voice to sing the songs of Lennon. Yes, he uses Lennon's inflections sometimes, but that's ok. It's the vibe and the passion and in Lennon's case the humour that I'm looking for. And tonight Gaz and the band deliver it beautifully. Right, now that's out of the way, let me discuss the evening.

In a two hour show, and with such a fantastic variety of music to choose from, it was always going to be a challenge as to what would be chosen to recognise this stellar career. With this in mind, the band chose to split Lennon's career into two halves. Solo and Beatles and within that format, to work backwards.
Personally, I would have loved to have heard some of Lennon's last released works, such as Real Love, Watching The Wheels or Nobody Told Me. But Double Fantasy and Milk & Honey were left aside tonight as the band dipped into the Shaved Fish Best Of  to shine a light on the solo Lennon. 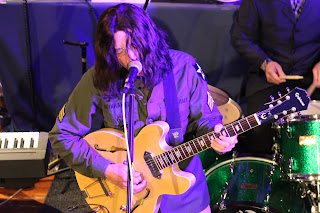 The band then took to the stage and kicked off the gig proper with Stand By Me.
A special mention here for the Band who played out of their skins tonight.
Mark Dryden - on Keyboards & Vocals and Gaz's Paul for the evening. John Brusdon on Telecaster and acoustic guitar. Andy Perry on Bass and tonight's Ringo and Alan White was Graham Twist - the second Twist I've seen behind a drum kit following The Alarm's Nigel Twist!!

It was good to see the band chose more of Lennon's uptempo songs to drive the show forward as we're treated to versions of Cold Turkey and Instant Karma before we get to the first real big song of the evening, Jealous Guy. Made famous of course by Roxy Music, Gaz and the band manage to capture the charm of Lennon's original.

Next up is the excellent singalong of Give Peace A Chance which gives the Acapela audience a chance to give it some welly. Although some of us were singing every word to every song - most often than not - me, quietly.

Give Peace A Chance

For the next four songs, the band turn to the final years of  The Beatles for some real classics.
An excellent version of Come Together showcased Gaz's guitar skills and The Ballad of John & Yoko got the audience singing once again. But the highlight of Part 1 for me was the next song. A blistering version of Revolution from The White Album.

A soulful version of Don't Let Me Down, complete with Lennon's 'cracked' vocal was another crowd pleaser before the final song of Part One the evening - the not often heard I Want You (she's So Heavy) from Abbey Road - was a nice surprise to finish off the first half. 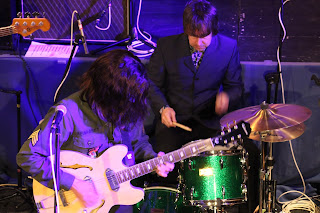 So, we were expecting a Beatled Lennon to arrive for Part 2 - and we got it as Gaz returned to the stage in Abbey Road waistcoasted Lennon and took to the piano to perform the last of the solo Lennon tunes with Imagine. Such a special song in so many ways to so many people. And Gaz was not overawed by the prospect and performed it beautifully, replicating Lennon's intermediate piano skills. 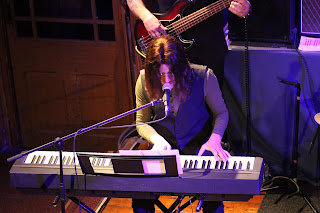 We then entered The Beatles period with Gaz staying behind the piano and producing spirited and swirling versions of Strawberry Fields and I Am The Walrus. And the band even managed an excellent version of A Day In The Life. Magical Stuff, 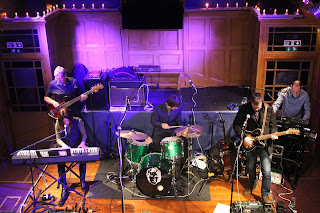 Then with a shuffle of the drumsticks Gaz exited stage left while the band launched into the finale of Hey Jude accompanied by the audience and Hey Presto!! Gaz reappears as Shea Stadium John and states, 'Hey, that's not one of mine' as the audience bursts into laughter. In fairness, Gaz has his own sense of humour as his banter with the band proved throughout the evening. As Lennon was so legendary for being polar opposites within minutes, it could have gone either way. But Gaz was humourous throughout. 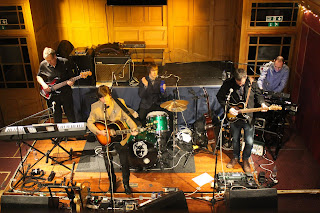 It was now the downhill run as it was singalonga Beatles, beginning with You've Got To Hide Your Love Away, Norwegian Wood and carrying on with Help and In My Life. 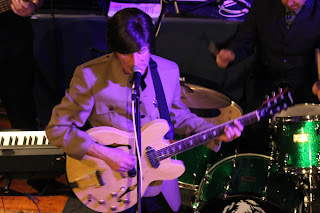 There's not much you can add to say about the quality of The Beatles songs - it's just a question of What Do We Play?
So how about I Feel Fine, You Can't Do That and A Hard Day's Night to finish off the set? Well, that's what we got as the crowd by now were singing every word. Well, they were up the balcony anyway!! 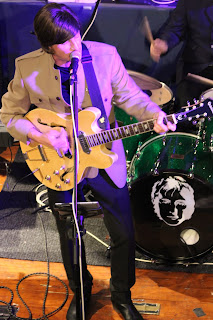 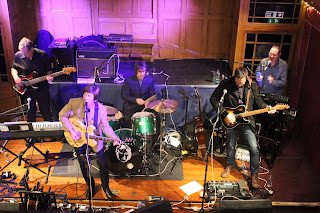 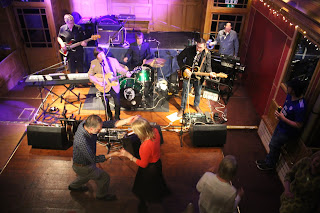 A truly excellent night of music. With a full set of killer songs, humour and a Joie De Vivre, Lennon was alive again and to hear those great songs sung live again was such a pleasure.
I hope the band come back to Acapela with a whole new set of tunes - now that would be Something. 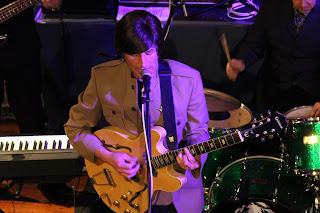 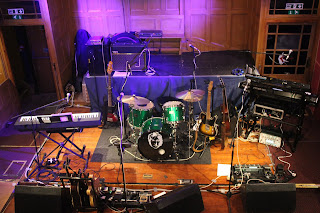