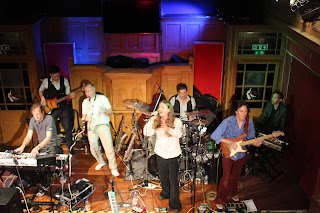 There is a lot of snobbery surrounding 'Tribute' Bands. I'll set my stall out straight away and state that I have no problem whatsoever with Tribute Bands. In many cases, these bands provide the only outlet of hearing great songs live once again in a 'Live' context.
I've seen several tribute bands over the years. Some good, some bad. But when they do it well, a Tribute Band can give a great night of entertainment.
I've never seen a tribute band for Supertramp before so I have no benchmark for comparison. However, I doubt I'm going to see a better Supertramp Tribute Band than Logicaltramp.

They needed some serious instrumentation to bring those classic songs to life and they did so with plenty of elan and style.
Consisting of

the band delivered an evening of top quality performances which did justice to the original recordings.

Concentrating on the classic albums Crime Of The Century & Breakfast In America, the band gave us two hours of classic Supertramp - with additional tracks from most of the Supertramp catalogue of albums. 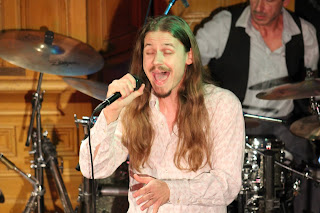 The one major mistake, as far as I'm concerned, that Tribute Bands often make is that they try to imitate the vocal performances. I'm glad to say that tonight both Gary & Tamas do not try and imitate Rick & Roger but sung in their own distinctive voices and left the instrumentation to carry the vibe of the original recordings. 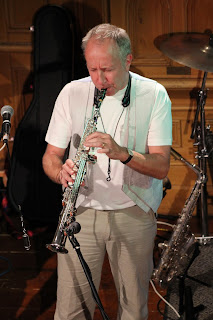 From that first eerie string note and the harmonica solo of Take The Long Way Home we were off and running. I cannot compliment the band enough on the arrangements of the songs for the whole of the evening as they played hit after hit to such as consummate standard.

Ain't Nobody But Me came up next and showed we weren't just in for a Greatest Hits Show, the band were going to throw in some album tracks and lesser known songs. And they did it with seamless authority.
The crowd pleasing Breakfast In America got the crowd singing and I must say I was SO pleased that the Acapela audience turned out for these guys with an almost full house. 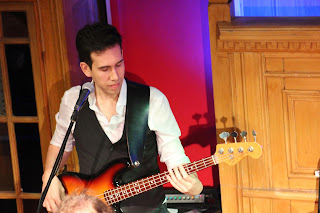 Bloody Well Right is always a crowd pleaser and back in 1974/75 could be heard blasting out of more than one bedroom window as a sign of teenage disobedience. Tonight it was just another excuse for a great singalong. It really brought it home tonight with so many of its tracks getting an airing what a great album Crime actually is - All Killer, No Filler as the saying goes. 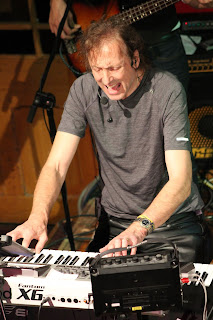 I had a shiver of excitement as I saw Gary Hopkins unbox his 12 string acoustic. I knew immediately of two songs which this would lead into. But......

Now, if I have one bone to pick with the Band tonight it was the next section. They played Easy Does It - the opening track from Crisis, What Crisis? but unlike the album and subsequent live shows they did not follow it with Sister Moonshine - which happens to be MY favourite Supertamp song. But I hid my disappointment and whistled along anyway. And they followed this with another Crisis crowd pleaser, Lady.

Another lesser known track came next with Rick's song, Waiting So Long from Famous Last Words. And to balance the set up - the next track was also from the same album but was a little bit better known as they played a terrific version of the huge hit, It's Raining Again. 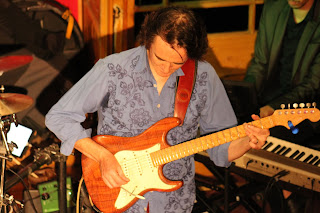 As is so gratefully accepted in Acapela performances, the Band have split the show into two halves and Part One is joyfully brought to a close with a blistering version of Goodbye Stranger. A special mention here for Anthony Clayton who provides several excellent electric guitar solos over the evening including a classic solo in Goodbye Stranger which he hits note for note while inserting some lovely flourishes of his own. 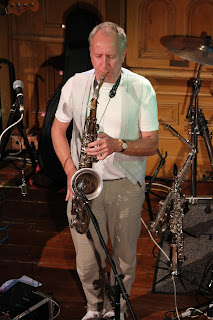 Well, we thought Part One was good - Part Two was even better when that harmonica solo begins and School emanates through the Acapela sound system. With another cracking guitar solo from Anthony Clayton the band are soon back into their stride.

Another track for the true fans came next with the song - You Started Laughing which was on the live album, Paris. Crime Of The Century once again provides the next track as the gorgeous Hide In Your Shell shows just how good a vocalist Tamas actually is. 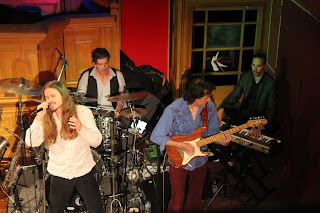 And not to be outdone - Gary Hopkins puts in a stellar vocal performance for the following track, Just Another Nervous Wreck from Breakfast In America in which all of the band get a chance to really rock out and brought all of the Acapela audience straight to their feet.

It was another singalong moment next as the band performed Dreamer and raised the roof on Acapela.

Just as I thought Even In The Quietest Moments deserved a mention - Gary Hopkins took to the mic and launched into an excellent version of From Now On. He then stayed at the mic to follow this with another killer album track - Rudy from Crime. 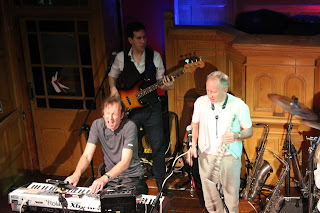 The 12 string was unboxed yet again for that other 12 string Supertamp hit from the Quietest Moments album - Give A Little Bit. Once again with 100% audience participation.

It was another 'shiver down the spine' moment next as that lovely piano phrase opens the epic track Fools Overture - the killer closing track of Even In The Quietest Moments. At over 11 minutes long, I didn't think they'd include it in the set - but by Jove, they did and it was absolutely brilliant as they included all of the sound effects included in the track. What a way to end a show and gave the band a well deserved standing ovation. 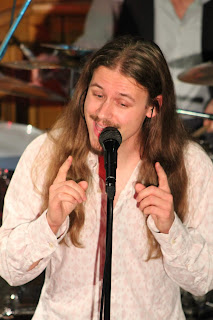 There was no way that the Acapela audience were letting these guys go without an encore and sure enough they came back with other huge Supertamp hit - The Logical Song. That would have been enough but they stayed on for one more track - and what a track to end with, the title track from Crime Of The Century which they played beautifully, leading to another well deserved standing ovation.

So the end to a fabulous night of music. So many smiling faces as the Acapela Audience got a chance to sing along with these fantastic songs. And so may great ones they could have played from that fabulous Supertramp back catalogue of music.
With Supertramp no longer around and Roger Hodgson playing only the larger venues - it's up to the passionate tribute bands such as Logicaltramp to keep these songs alive in a live context. And I have to say they did a superb job and I'd go and see them again tomorrow if I could. If they come near you, and you like the Supertramp catalogue then go and see them. You'll be surprised. 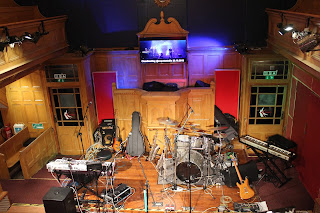 Email ThisBlogThis!Share to TwitterShare to FacebookShare to Pinterest
Labels: Live In 2018