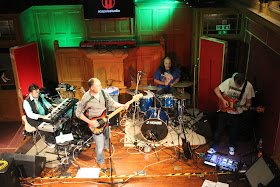 Acapela Studios added yet another top quality Prog Band to it's roster as John Hackett brought his band to South Wales to play the Chapel.

In an altruistic move, John handed over part of his set time to new band The Kentish Spires to play their first gig in Wales and only their second gig as a band. Featuring some Welsh talent, the band consisting of
Lucie V - Vocals
Paul Hornsby - Woodwind
Danny Chang - Guitar
Rik Loveridge - Keyboards
Phil Warren - Bass
Tim Robinson - Drums

They have just released their first album - The Last Harvest. Very much in the vein of The Canterbury Scene of Prog, the band warmed the audience up nicely and were self assured as they worked their way through several tracks from The Last Harvest. 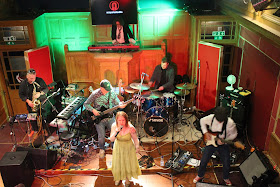 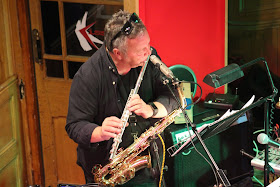 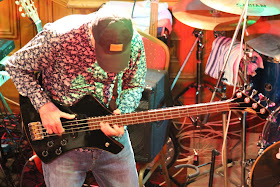 It was great to hear some of those special Canterbury phrasings and instrumental sections, bringing to mind those classic bands such as Caravan, Matching Mole and Hatfield & The North. 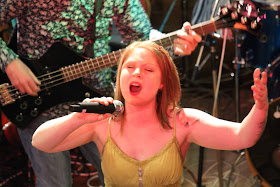 And being only their second gig - they were pretty darned impressive. Keep your eyes and ears open for more gigs and you could do a lot worse than investigating The Last Harvest. 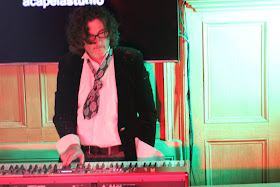 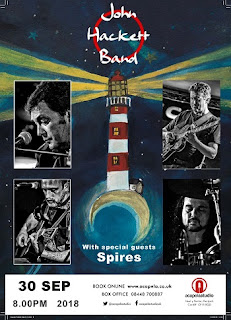 John Hackett, yes he IS the brother of Steve (of Genesis fame), has been following his own path for several years now.
John has been releasing albums under his own name since Velvet Afternoon was released in 2004 although he had appeared on many albums as a flautist since appearing on the album The Road (1970) by  Quiet World - a band he was in with his brother Steve. Last year he released We Are Not Alone - the first album with his band. 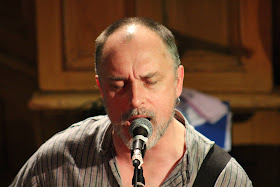 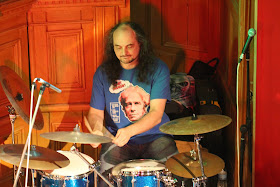 I would describe the Band's music as Rock with a Prog and slightly Jazz feel. Not really like brother Steve's but just as interesting and eclectic.
The songs tonight came from the following albums 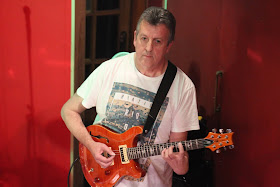 Promo Video for Another Life

Don't expect major Prog epics from John - that's not the band's style. Many of the songs come in at the usual 5 minutes or under. Some tracks are purely instrumental, while others are almost commercial in tone - reminiscent of Chris Rea or even Dire Straits to my ears such as Never Gonna Make A Dime. 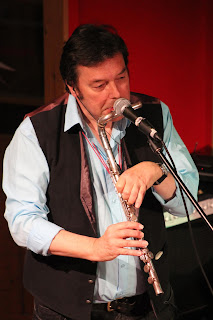 The quality of musicianship on show tonight is second to none and the intricate arrangements are suitably executed with a dash of panache and humour. All of the band members get their time in the sun and it also highlights just how good a musician John is in his own right - and not just his flute playing, which is always a joy to hear. 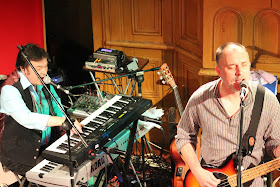 Promo Video for We Are Not Alone 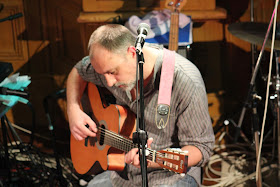 Jeremy Richardson as lead vocalist is in fine voice throughout the evening and with Duncan Parsons on drums grounds the band solidly leaving John and especially Nick Fletcher on guitar to carry the instrumental colours on tracks such as Jericho.

The band do get a chance to Prog Out with the longer track Winds Of Change. 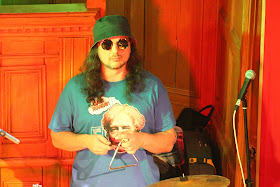 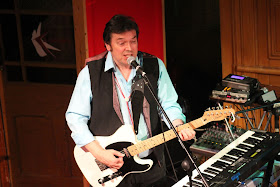 Magazine brings back memories of Greg Lake in King Crimson before the inevitable encore of Red Hair - another instrumental track which enables the band to show their considerable skills.

Another fine evening of Musicianship at Acapela Studios - and I even got the chance to thank John for his work on Anthony Phillips album The Geese & The Ghost. He laughed at that. 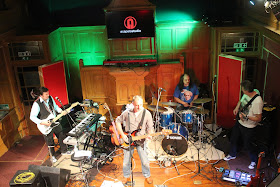